IT STARTED IN THE JUNGLE 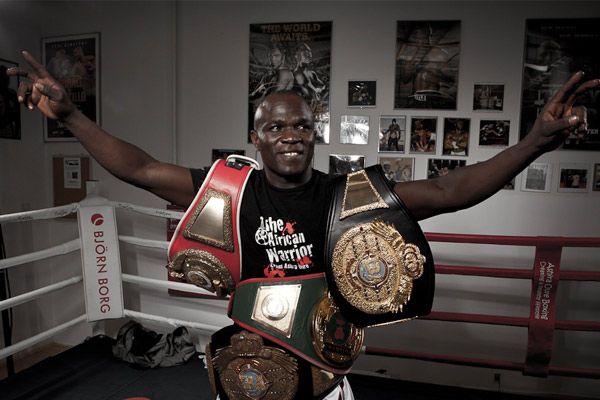 After a long a very successful amateur career, topped by Representing Africa /Kenya in the 100 Olympic games 1996 Atlanta Georgia USA. Torch lighted by Muhamed Ali all time great Heavyweight Champion of the world. 1996 Olympic  produced names like, Floyd money Mayweather, Antonio Tarver , Klitschko s brothers just to name a few.   Evans (The African Warrior) Ashira Oure turned professional boxer in 1998, and has won two championship of the world titles and several other titles along the way.

In 2002 he signed a promotional contract with the greatest promoter of all time, Don King, and boxed for six years under the banner of the world famous American, who featured Ashira Oure on shows at legendary venues such as Caesars Palace in Las Vegas, and Madison Square Garden in New York.

In 2005 the now Danish-based Kenyan challenged future hall-of-famer Joe Calzaghe, while suffering from a torn shoulder ligament, before loosing on points in fight for the WBO super middleweight Championship of the world, a weight-class two divisions higher than Ashira Oure’s natural weight-class light middleweight. Calzaghe is best known in Denmark as the man who beat national hero Mikkel Kessler.

Ashira Oure remains the one of the best professional boxer to come out of Kenya, and is one of the most accomplished professional fighters in his adopted home-country Denmark. 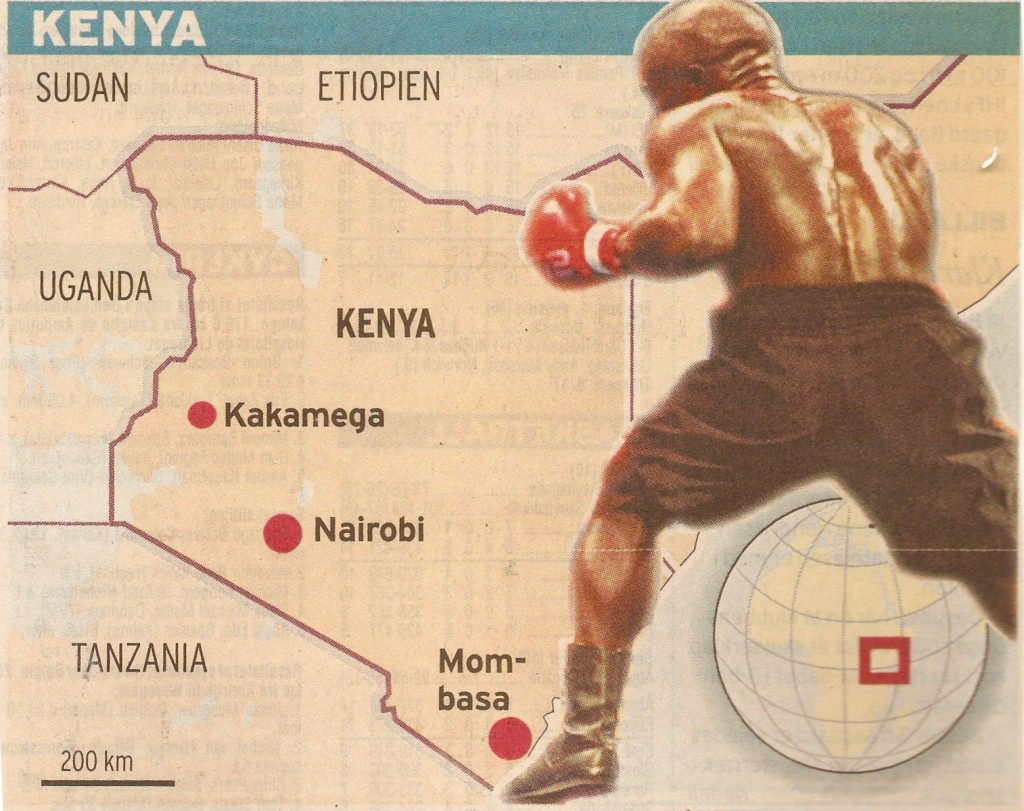 Alongside his active boxing career Ashira Oure completed personal trainer courses in the USA, and worked as a personal trainer in both America and Denmark. He has experience in working with anyone from business people, or other professionals, wanting to get fit or stay fit while balancing a busy time-schedule, to overweight children and people with various health issues such as obesity, hypertension or high cholesterol.

Having worked with some of the best boxing and conditioning trainers in the world,like Floyd Mayweather camp at Las Vegas Nevada USA and Kettle & conditioning at House of pain at Philadelphia USA, Ashira Oure has gained massive experience over the years, and knows from his own body how fitness is best obtained with a combination of training and eating right.

Never lost titles in the ring!